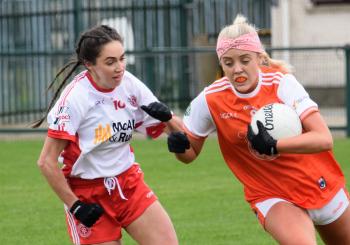 Armagh have reached their third consecutive Ulster final thanks to a comprehensive 13point win over Tyrone in Crosssmaglen this afternoon. The orchard girls got off to a flyer and were 2-6 ahead before Tyrone opened their account. A second quarter dominance helped them to a 4-11 to 1-3 half time lead.

In the second half Tyrone outscored Armagh 7 points to 3 however the damage was already done and Armagh deservedly advanced to the final were they will play either Monaghan or Cavan.